A pilot and his passenger are listed in serious condition after their single engine plane crashed into a back lot near a Lowe’s home improvement store in Palatka on Friday morning.

The plane, a Cessna 400, was attempting to touch down at the nearby Kay Larkin airstrip, but crashed to the ground just before 11 a.m., almost smashing into the store on Highway 19.

The pilot suffered debilitating injuries and the passenger is in critical condition with life-threatening injuries, according to reports. 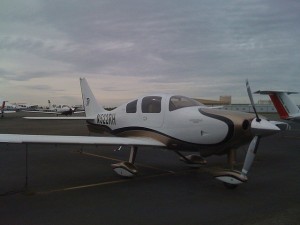 The plane smashed into a set of wood pallets and slid into other items before coming to a shuddering halt. No one on the ground was harmed.

Authorities are unsure as to what caused the crash. They have cordoned off the scene for the National Transportation Safety Board to review the crash site.

Plane accidents are usually very serious, resulting in severe injuries and even death. Even just minor accidents can lead to catastrophic injuries, such as traumatic brain injuries, spinal cord trauma, broken bones and severe burns. Plane crashes can occur for a variety of reasons, but the most common include:

Any of these errors could lead to an unfortunate crash. If you or someone you love has been seriously injured or killed in a private or commercial plane accident, a Florida Injury Attorney at Whittel & Melton can help.

Determining what caused the aviation accident can be difficult, especially when the crash involves a private plane. The National Transportation Safety Board, the Federal Aviation Administration and other state and federal investigators usually conduct thorough investigations of commercial airline crashes in order to identify what caused the incident, however, investigations regarding private plane crashes, corporate and charter jets are generally much more limited. That is why you must enlist the help of an injury lawyer as soon as possible so that any and all evidence can be preserved and secured so that you can take necessary legal action against the at-fault party. The plane owner, the pilot, the commercial airline, manufacturers of defective plane components or those responsible for the plane’s maintenance and design can all potentially be held liable for any negligence following a plane crash.

If you would like to learn more about how we can help you recover financial compensation following a commercial or private plane crash, please contact a Florida Injury Attorney at Whittel & Melton today online or call us statewide and toll-free at 866-608-5529.