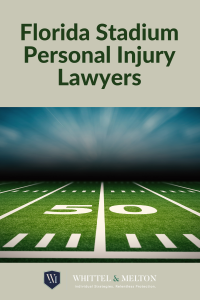 END_OF_DOCUMENT_TOKEN_TO_BE_REPLACED

SUMTER COUNTY, FL – A man was convicted last week in connection with a fatal accident in Sumter County, according to the Citrus County Chronicle.

33-year-old Anthony Nepoleon Brown of Wildwood was found guilty of several charges in connection with the August 22, 2017 incident that led to the death of 55-year-old Laura Lee Price of Inverness.

Authorities said Brown was driving a BMW 550i as he attempted to flee from Wildwood Police and Sumter County deputies.  He went through a stop sign in the area of State Road 44 and Sumter County Road 219 and crashed into a Honda CRV driven by Price.   The BMW then sideswiped a Chevy pickup truck and hit a Mack semi-trailer truck.

END_OF_DOCUMENT_TOKEN_TO_BE_REPLACED

OCALA, FL – A driver was sentenced to prison for a crash in Ocala that left three people dead, reports the Ocala StarBanner.

37-year-old Travis Lee Johnson pleaded no contest last week in connection with the accident that occurred in January 2017 in the area of County Road 326 and Northeast 25th Avenue.

Authorities said Johnson was behind the wheel of a tow truck on County Road 326 when he veered off the road onto a shoulder, went back onto the roadway and slammed into a sport utility vehicle.

END_OF_DOCUMENT_TOKEN_TO_BE_REPLACED

CITRUS COUNTY, FL – The driver charged in a car accident that killed three people in Citrus County has pleaded no contest in the case, according to a report by the Citrus County Chronicle.

The crash took place Dec. 24, 2019 near the intersection of South Pleasant Grove Road and East Amy Lane near Inverness.  Authorities said Sawhill was driving a Toyota Highlander and trying to pass five other northbound vehicles in a no-passing zone on South Pleasant Grove Road.  His vehicle collided with a Kia Optima that was headed south.  Three people in the Kia, ages 86, 85 and 62, were pronounced dead at the scene.

END_OF_DOCUMENT_TOKEN_TO_BE_REPLACED

A new report by Tripadvisor shows that 3 cities in Florida – Orlando, Miami and Key West – are among the top 5 most popular vacation destinations in the U.S. The Sunshine State boasts beautiful weather, gorgeous beaches and waterways, fun night life, exciting theme parks and water parks, and of course, delicious cuisine. Figures from VisitFlorida.org show that in 2021, Florida saw 122.4 million visitors. With that many people coming to Florida, there are bound to be some mishaps that lead to injuries.

Below you will find the top five most common injuries suffered by tourists visiting Florida:

Whatever injuries you have suffered, whether from a negligent hotel or a faulty jet ski rental beach company, our Florida Injury Lawyers at Whittel & Melton can pinpoint who is liable and pursue financial compensation for your suffering. We specialize in all types of personal injuries and wrongful death cases, including what is known as “resort torts,” or injuries or death that happen while on vacation and staying at a resort, hotel, or in a recreational setting. END_OF_DOCUMENT_TOKEN_TO_BE_REPLACED

MARION OAKS, FL – A 17-year-old girl died after a collision with a driver in a cement truck on County Road 484 Friday morning.

The teen was driving a Toyota Camry east in the outside lane of County Road 484. At the same time a driver in a cement truck was traveling west when they entered the left lane to turn left onto Southwest 27th Circle.

It was then that the truck slammed into the side of the Toyota, reports the Ocala StarBanner.

END_OF_DOCUMENT_TOKEN_TO_BE_REPLACED

33-year-old James Southam of British Columbia, Canada was solo skydiving at Skydive City near Zephyr Pines on March 17th, when he suffered major injuries while attempting to land.

Southam was rushed to Lakeland Regional Hospital, where he was pronounced dead a short time later.

END_OF_DOCUMENT_TOKEN_TO_BE_REPLACED

The crash happened on County Road 48 near Ranch Road around 10:20 a.m. No other vehicles were involved.

The driver, a 58-year-old man from Groveland was pronounced dead at the scene.

END_OF_DOCUMENT_TOKEN_TO_BE_REPLACED

PASCO COUNTY, FL – A man was fatally struck by a pickup truck while he was crossing an intersection south of Spring Hill on his moped Tuesday.

The incident happened at the intersection of Colony Road and Fairwinds Road as the moped rider made a left turn from Lake Karl Drive, reports WFLA. Police say the man came to a complete stop before attempting the turn.

The driver of a Ford F-150 failed to stop at a stop sign on Fairwinds Road, proceeded into the intersection, and collided with the moped.

END_OF_DOCUMENT_TOKEN_TO_BE_REPLACED

BUSHNELL, FL – An elderly motorcyclist was fatally struck by a pickup truck on a county road west of Bushnell last Wednesday, The Villages News reports.

The fatal collision happened on County Road 48 just west of County Road 616 at about 3 p.m. on December 29, when a 1999 Ford F-350 turned left in front of a motorcycle being operated by a 73-year-old Webster man.

Emergency responders took the victim to an area hospital, where he died. Authorities say he was not wearing a helmet at the time of the crash.