A 2-year-old was killed while trick-or-treating on Halloween after he was hit by bus.

According to a Polk County Sheriff’s Office spokeswoman, the Lake Wales toddler was in a stroller Friday evening with two other children when the adult pushing them across a street realized he had dropped his cellphone. The man stopped the stroller in the median and told the children to stay in it while he went to grab his phone. The boy managed to get out of the stroller and ran to where his grandmother was standing alongside the road. 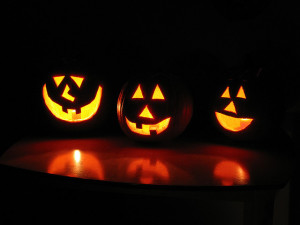 A bus driver failed to see the toddler in the street and hit him. The boy was pronounced dead at the scene.

No charges are pending at this time.

State Farm conducted a review of more than four million records of motor vehicle collisions that took place between 1990 and 2010. According to these records, there were 115 children killed in pedestrian collisions on Halloween night across the nation. This totals to an average of 5.5 children killed each year on Halloween. On a normal day of the year, an average of just 2.6 children are killed in pedestrian-related collisions. This data confirms that the risk of a child being killed in a pedestrian accident on Halloween is more than double than on any other day of the year.

A whopping 60 percent of fatal Halloween pedestrian crashes occur between 5:00 p.m. and 9:00 p.m. Children between the ages of 12 and 15 are the most likely to be killed in pedestrian accidents on Halloween. Kids ranging in age from five to eight were the age group with the second highest number of fatalities, with a total of 23 percent of the deaths. These deaths were found to occur more often in the middle of the street on Halloween than on the corners, which suggests that many fatal accidents were the result of children running out into the streets.

Drivers should be aware of the increased risks to kids  on Halloween night. Driver’s need to slow their speed and avoid using electronic devices. Distractions of any nature can prevent drivers from seeing child trick-or-treaters who might dart into the middle of the road.

If your child has been injured or killed in a pedestrian accident, please know that you have rights. A Florida Wrongful Death Lawyer at Whittel & Melton knows that this is a highly emotional time, which is why we can handle all the details of your claim so that you can focus on mourning the loss of your loved one. For a completely free and no-obligation consultation, please call us today toll-free at 866-608-5529 or contact us online.