Jury duty scams are more recent trends that first came on the scene in 2005 and have been going around the United States ever since. The goal of these schemes is to catch unsuspecting individuals off guard and scare them into giving them money or providing their personal information, which often leads to identity theft.

Such is the case in a Denver, Colorado jury duty scam case. The Denver Post reports that a jury-duty scammer has been conning unsuspecting residents of unincorporated Jefferson County by threatening that they will be arrested for missing jury duty if they do not pay him.

The man apparently calls himself Major Tom Wilson with the Jefferson County Sheriff’s Office and tells residents to go to Walmart or Walgreens and buy $1,000 “Green Dot MoneyPak” cards for payment of fines related to missing jury duty.

The “major,” which is a rank that does not exist in the sheriff’s office, tells the victim to read him the numbers off the cards so he can access the cash, which works like a debit card. 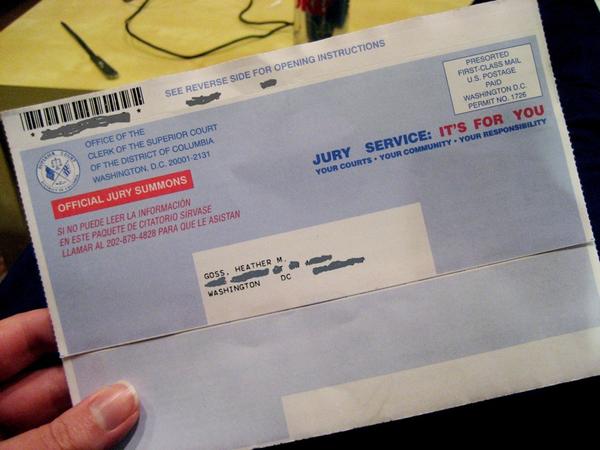 Police claim that the suspect recently threatened a deputy who was with a potential victim while talking to the man on the phone. The suspect allegedly told the deputy if he did not permit the victim to go to the store that the “major” would have him disciplined.

Authorities are currently investigating the case and working to track down any new leads, but they are stressing that everyone be aware of the situation.

The man apparently received a phone call from a man claiming he was a police officer and that he had missed jury duty and there was a warrant out for his arrest. The so-called officer told the man that there were fines for missing jury duty and if he did not pay them, he would be arrested.

Similar to the Colorado scam, this south Florida man was instructed to go to two different Walmarts in West Palm Beach and get $2,000 worth of Green Dot Money Pak cards, and give the numbers on the back of the cards to the “officer.”

Palm Beach Police are also warning people to keep an eye out for this scam.

Other jury duty scams are more traditional and involve a telephone caller that identifies himself as an employee of the local court who says you have failed to appear for jury duty. The caller will then ask for personal information, like your date of birth or social security number, so that they can verify your identity.

These scams are not uncommon, so make sure you do not get caught off guard and swindled into giving someone money or personal information. The following information could help you from falling victim to a jury duty scam:

• Law enforcement officers will never call you to tell you there is a warrant out for your arrest.

• Police officers will never personally solicit payment via telephone to prevent an arrest.

For more information regarding jury duty scams and what to look for, please contact a Florida Personal Injury Lawyer at Whittel & Melton today online or call 561-367-8777 or reach us statewide and toll-free at 866-608-5529.