General Motors has offered to pay compensation for 19 deaths that have been linked to faulty ignition switches in the company’s vehicles.

The exact dollar amounts of the automaker’s offers were not announced. However, the 19 deaths are an increase from the 13 deaths GM had previously admitted were caused by the defective ignition switches.

The ignition switch flaw, which was the reason the company had to recall millions of vehicles earlier this year, can cause a vehicle’s ignition to slip out of the run position, leading to stalling in the vehicle and disabling certain necessary features such as airbags. 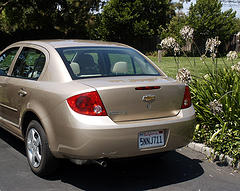 GM announced earlier this year that it was setting up a victims’ compensation fund to handle claims after hundreds of crashes were reported that were caused by the faulty ignition switches. The fund noted that it would accept claims from anyone who was a “driver, passenger, pedestrian or an occupant of another vehicle involved in an accident resulting in physical injury or death” or the family members of someone killed in an accident.

The fund started accepting claims on August 1. Anyone who files a claim and accepts the financial award agrees to not sue the company. Those individuals that decline the offered settlement are free to file a defective motor vehicle lawsuit against the company.

The new, higher number of fatalities from 13 to 19 linked to the defective ignition switches is the result of the differing standards used by the victims fund in assessing fault. GM spokesman Dave Roman said that the company accepts the determination of victims’ fund by the attorney overseeing the account, but GM still only officially recognizes the 13 deaths it has previously said were linked to the defective switches.

As of now, 125 death claims and 320 injury claims have apparently been submitted to the fund. This is not a final number, though. It is possible for more ignition switch-related claims to arise as pending investigations are completed.

Understand that legal cases involving large corporations can be extremely complex. Companies like GM employ entire teams of lawyers to defend their best interests when it comes to personal injury and wrongful death lawsuits. Because of this, it is critical for you to have an experienced Florida Auto Accident Lawyer on your side, fighting for your rights. we urge you to contact us as soon as possible so that we can help you file a claim wherever your car accident happened.

If you or someone you love has been injured or killed due to the negligence of a large corporation, do not wait to seek help. Call a Florida Injury Lawyer at Whittel & Melton today at 866-608-5529 or contact us online. We can help you take back control so that you can move forward with your life.