According to a quarterly theme-park injury report submitted to the state of Florida, Walt Disney World reported six injuries and Universal reported seven.

There were no reported injuries at SeaWorld, Wet `n Wild and Legoland.

According to reports, the injuries on the Harry Potter ride include a 69-year-old man who felt chest discomfort, a 51-year-old man with a pre-existing condition had difficulty moving his extremities and a 76-year-old woman experienced “altered mental status.” 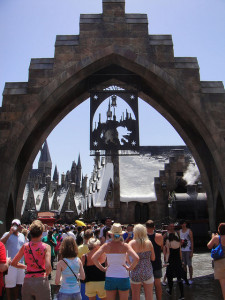 The parks report injuries that take place on a ride and result in an immediate hospital stay of more than 24 hours.

At Disney’s Magic Kingdom, a 64-year-old man hurt his ankle while stepping out of a car at the Indy Speedway. At the Animal Kingdom, two people reportedly felt ill after riding Expedition Everest.

Most people tend to think that roller coasters are the most dangerous areas of a theme park. While in some cases these rides do present serious risks, injuries at an amusement park can also frequently result from:

If you have been the victim of an illness or injury due to the negligence or carelessness of a Florida theme park, or if you lost a loved one due to a fatal theme park accident, a Florida Amusement Park Injury Lawyer at Whittel & Melton can help. Call us today at 866-608-5529 or contact us online for a no-cost, confidential consultation.