The Louisiana State University athletic department is accused of ignoring numerous complaints regarding sexual assaults involving a top running back in 2016 and 2017, Derrius Guice.

Two women made complaints to LSU officials regarding the football player raping them and another said the man snapped a nude photo of her and shared it with his teammates, but the school did nothing to investigate the complaints despite the fact that the school’s own policies along with federal laws require them to take all sexual misconduct allegations seriously and report them to the Title IX office for investigation as well as campus police when these alleged incidents occur on school property.

USA Today looked into the the school’s alleged misconduct and found that the school ignored sexual misconduct repeatedly, not just with their star running back.

Their investigation found that at least seven LSU officials were aware of wide receiver Drake Davis strangling and physically abusing his girlfriend, but failed to take action against the man and continued to let the abuse occur.

In another incident, a fraternity member sexually assaulted two women, but the school refused to move him out of classes he shared with one of the victims and ignored a third complaint made against him by a third female victim.

There were three other cases where male students were found responsible for sexual assaults and LSU let them stay in school rather than suspending or expelling them. The men received a probation period called a “deferred suspension.”

And in a fourth case, a male student who was found to be stalking and sexually harassing another student was also given a deferred suspension.

LSU has released statements saying they are focused on putting an end to sexual assaults on campus, but their actions show otherwise.

The school has been “hush hush” regarding how they have handled numerous sexual misconduct complaints dating back to 2016 and continuing through 2020, many involving football players that include two prized players from the 2020 national championship team. The school has refused to release several campus police reports, which has resulted in them being sued.

You can read more about USA Today’s investigation findings here. 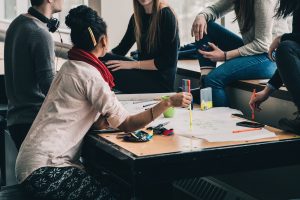 Title IX of the Education Amendments of 1972 covers sexual assault, sexual harassment and sexual discrimination in high schools, colleges, and universities. Under federal laws, high schools, colleges, and universities must have procedures in place when it comes to handling claims of sexual misconduct on campus. Once the school has been made aware of a student who is the alleged victim of sexual misconduct, they are required to take immediate action and launch an investigation into the matter. They cannot ignore any of these claims as they are required by law to put an end to the misconduct and prevent any further incidents of misconduct.

There is Help for Victims of Campus Sexual Attacks

If you have bene the victim of a sexual assault on a college campus in Florida, you are not alone. Sexual misconduct on college campuses happens at a disturbing rate. Our Campus Sexual Assault Victims Attorneys at Whittel & Melton are ready and able to help you through this difficult time. We take these cases very seriously and will fight aggressively to make sure your abuser and the school that let this abuse happen are held accountable for their actions.

We proudly represent campus sexual assault victims on a contingency fee basis, which means you will not pay for any of our  legal services unless we recover a financial award on your behalf. Even if you are unsure about proceeding with your sexual assault claim, we strongly urge you to call us at 866-608-5529 or contact us online just to learn about your rights. Your consultation is free and we will happily answer any questions you have.