The Brooklyn, New York-based company, Tough Mudder, is now facing a lawsuit filed by a Maryland mother who lost her son after he drowned in a Tough Mudder competition last year in West Virginia.

During the 2013 event, the man died on the “Walk the Plank” obstacle, which involved climbing up a wall and then jumping off a platform 15 feet into the water. According to reports, the man jumped off the platform, and immediately after another woman jumped, landing on top of him and stopping him from surfacing. 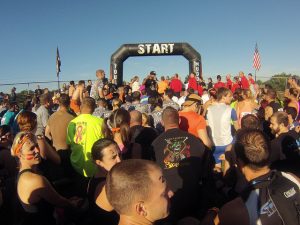 According to the lawsuit, Tough Mudder had an overwhelming number of attendees that day and took shortcuts on safety. The suit alleges that there was only one volunteer stationed at the obstacle where the man died, and that the volunteer could not tell if the path was clear for the next racer to jump.

Furthermore, the lawsuit claims that the rescue diver was not geared up and took more than two minutes to dive into the water and rescue the drowning man. The lawsuit alleges that Tough Mudder fell short in making sure adequate safety precautions were set in place so that all racers stayed safe throughout the race course.

Tough Mudder is an 11-mile race that has various obstacles throughout the entire course. The obstacles are generally quite extreme, and can entail climbing, swimming, balancing and sprinting. Extreme races are becoming increasingly popular throughout not only the state of New York, but the rest of the United States. While these challenging events can offer a fun test for fitness and health enthusiasts, they can also be dangerous, as this case shows. If organizers of these events do not take proper care, serious accidents can occur. Negligence, including lacking proper safety measures, as well as other factors can result in severe injuries and even death for racers.

If you have recently lost someone you love in any type of New York accident, you should speak to a New York Injury Lawyer at Whittel & Melton to determine if you may be able to file a wrongful death claim. Depending on the facts of the case, you could be entitled to a monetary award to compensate you for your loss. To speak with us about your case, please call us today statewide and toll-free at 866-608-5529 or contact us online.