An “unusual condition” was observed by the engineer of the commuter train that derailed last week in Connecticut right before the wreck, according to federal officials.
While that condition has yet to be revealed, federal officials did say repair work was done last month in the area of the crash.

The National Transportation Safety Board has not yet determined a cause of the May 17 crash that injured 70 people and interrupted service for days on the railroad used by tens of thousands of commuters north of New York City.

However, the NTSB did say that a joint bar, used to hold two sections of rail together, had been damaged and repaired last month. It was also revealed that rail sections in the area of the derailment have been shipped off to Washington for additional inspection.

The NTSB also shared that the Metro-North railroad is conducting an inspection and inventory of all the joint bars on its main tracks. 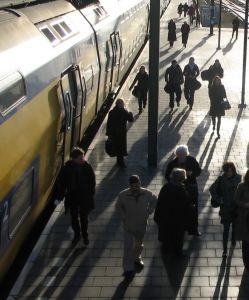 The eastbound engineer told investigators he saw an unusual condition on the track as he approached the area.

Some of those injured in the crash have filed lawsuits alleging negligence by Metro-North.

While train accidents are much less common than motor vehicle accidents, when they do happen, they can be quite devastating and injure many people. After a train accident, you may be experiencing extreme physical pain as well as financial strain that can leave you at a loss for what steps to take next. If you have suffered an injury on a train or subway in New York City or surrounding areas, a NYC Train and Subway Accident Attorney at Whittel & Melton can help. You may be surprised to find that you are entitled to monetary compensation for your pain and suffering, medical expenses and lost wages. We handle cases involving not only the Metropolitan Transit Authority, but all nearby systems, such as New Jersey Transit, Amtrak, Long Island Railroad, Metro North, New Jersey Rail and Port Authority and Port Authority Trans-Hudson.

After any accident, the sooner you speak to an attorney, the more your lawyer will be able to do to help you recover full and fair compensation for damages. It is important to note that many train and subway accident cases require you to provide notice of a claim no less than 90 days after the accident. For a free consultation of your injury matter, contact a NYC Train and Subway Accident Attorney at Whittel & Melton today online or call us statewide and toll-free at 866-608-5529.