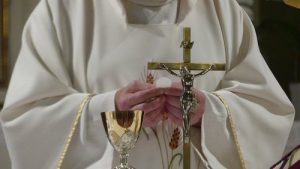 Hearing about sex abuse cases against the Catholic Church is nothing new. But, a new Supreme Court ruling could affect whether individuals who were victims of sex crimes by members of the Roman Catholic Church can still proceed with their cases due to expired statutes of limitations.

In Pennsylvania, a ruling from Blair County is currently on appeal to the state Supreme Court. The case: Rice v. Diocese of Altoona-Johnstown. The Blair County of Common Pleas found that the statute of limitations on this case had run out since the last instance of abuse occurred when the victim was 14 – in 1981. The court ruled that the statute of limitations expired in 1987 and dismissed the lawsuit.

However, in June 2019, a three-judge panel of the Superior Court of Pennsylvania reversed the ruling based on the fact that Rice does not claim her suffering stopped in the 70’s and 80’s with the molestation, but she developed new injuries from the civil conspiracy 2016 Grand Jury Report, which if proven could mean that she was well within her two-year statute of limitations.

A decision is expected in this case by 2021, and could mean a rise in similar cases against the Church.

Sexual abuse cases involving the Catholic Church are rampant across the United States. Sadly, the Church made the decision to try and cover up these cases rather than do the right thing and hold abusers accountable for their inappropriate sexual conduct. The cycle of abuse has continued for so long that it is impossible to know exactly how many survivors of this abuse there really are.

Sexual abuse can involve any type of unwanted or unwelcome sexual activity, such as molestation, rape, sexual assault, indecent exposure, sexual harassment, unwelcome touching with our without clothing, etc.

The aftermath of sexual abuse can be absolutely devastating. The injuries suffered do not stop when the abuse does, as this case demonstrates. Being the victim of sexual abuse can last a lifetime. Sleep disorders and depression are all common after surviving sexual abuse as well as substance abuse, self-harm, and even suicide. Minors that are victims of sex abuse may experience all kind of behavioral changes, such as eating disorders, partaking in risky behavior, using drugs and alcohol, and even become overly sexualized.

If you or someone you care about has been the victim of sexual abuse, our Florida Church Sex Abuse Lawyers at Whittel & Melton want to help you file a lawsuit against the person responsible for your abuse as well as the institution who failed to prevent the abuse. You may have the right to seek financial compensation for various damages, such as medical bills, bills related to therapy, and loss of income. You may also be eligible to recover punitive damages from your abuser. This is a financial award meant to punish those who have committed sexual abuse as well as the insitututions that allowed the abuse to take place or even tried to hide the fact that it was happening.

We understand how hard it can be to speak up about what happened to you, but we encourage all abuse survivors to do so as it can hold the person as well as the organization responsible for their actions as well as protect the rights of others who have suffered abuse. When you stand up to an organization, like the Catholic Church, you are fighting for justice for your abuse, but also protecting others from suffering from the same type of abuse.

We want to help you speak your truth and find some peace. We know that nothing can ever change what was done to you, but we want your voice to be heard so that you can continue to move forward with your life. We want to see you compensated appropriately for your suffering and try and prevent any episodes of further sexual abuse. We want you to know that we are here for you and will fight for your rights.

A consultation with us regarding church or clergy abuse is always free of charge. We also do not charge any up front fees for taking on your case. We urge you to get in touch with us right away to learn more about what we can do to help you seek justice against your abuser.