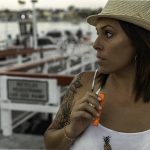 Florida is poised to raise the minimum age for smoking and vaping to 21.

The state Senate on Thursday joined the House in approving a measure that would also ban the sale of vaporized nicotine products used in so-called e-cigarettes.

The legislation now heads to Gov. Ron DeSantis for consideration.

While smoking among youth has been on the decline in recent years, vaping has surged. The rise has alarmed health advocates who worry about nicotine addiction and the stunting of brain development.

Vape shop operators have asserted that vaping is safer and helps wean smokers off cancer-causing cigarettes.

The U.S. Centers for Disease Control and Prevention has joined other federal and public health agencies in investigating an outbreak of deaths and lung injuries that appear to be associated with e-cigarettes.

As of last month, more than 2,800 such cases have been reported across the United States and its territories in the Caribbean. The CDC said 68 deaths have been confirmed in 29 states and the District of Columbia.

E-cigarettes have been marketed as a safe alternative to smoking cigarettes. E-cig devices work by heating a liquid, typically containing nicotine and other additives and flavorings, into a vapor, which users then inhale. When the aerosol is inhaled this is referred to as vaping or juuling, a reference to a particular brand, Juul e-cigarettes.

E-cigarettes come in many different shapes and sizes and are called various names including e-cigs, vape pens, e-hookahs, vape mods, and tank systems. Vaping has become popular with millions of young people, which is why the state of Florida is taking such measures to try and curb the problem.

E-cigarettes pose a number of avoidable health risks. Most e-cigarettes and vape pens contain nicotine, and no matter how nicotine is delivered, it is addictive and can harm the development of young people’s brains. Likewise, the vapor from e-cigarettes contains harmful chemicals, heavy metals and flavoring additives associated with serious lung disease. Some e-cigarettes contain acrolein, a weed killer, that can cause acute lung injury and may cause lung cancer, according to the American Lung Association

If you or someone you love has suffered an injury from an e-cigarette or developed breathing problems after using a vaping device, you may have grounds to file a lawsuit to recover financial compensation for injuries and illnesses that result because of these dangerous products. Our Florida JUUL and E-Cigarette Injury Lawyers at Whittel & Melton can fight to hold JUUL and other e-cigarette companies accountable for any harm they have caused you or your loved ones. The best first step is to educate yourself about your legal options by meeting with us for a free consultation.

Our attorneys and affiliated law firms at Whittel & Melton have the resources and experience to conduct a thorough investigation of all vaping or e-cigarette related injuries and illnesses. We will fight tirelessly to hold the at-fault parties accountable. You may seek financial compensation for the following types of damages related to an e-cigarette injury:

You may have the right to pursue a lawsuit on your own or take part in a class-action lawsuit against e-cigarette companies. Our Defective Drug and Devices Lawyers are happy to review the specific facts of your case and discuss your legal options for seeking compensation. Our goal is to make sure you are fairly compensated for your suffering.

The first step in obtaining compensation for harm caused by an unsafe e-cigarette product or vaping device is to establish that the manufacturer of the product acted negligently and that resulted in harm to you or your loved one. Our Florida Vaping Lawsuit Attorneys Whittel & Melton understand the types of evidence needed to meet the burden of proof in a product liability case.

END_OF_DOCUMENT_TOKEN_TO_BE_REPLACED

The Pinellas County School Board is in talks of joining a lawsuit against JUUL Labs, one of the most popular e-cigarette brands.

The decision comes as a way to prevent youth vaping.  Vaping has become a big issue with teens across the country and in Pinellas County alone, school leaders say there’s been a 738 percent increase in just the last couple of years in the number of students using tobacco products at school, something they attribute directly to vaping.

The district has also partnered with Johns Hopkins All Children’s Hospital to launch the tobacco clinic.  Students who are caught vaping at school will have to go through a two-night course to avoid being suspended.  The district is also in the process of adding vaping to the student code of conduct.

School board members will be having a second discussion about potential litigation against JUUL Labs.  Right now, school leaders say the district is in the information gathering stage regarding the lawsuit, but that they’re open to anything that would help keep students safe.

“If there are things that we can do to alleviate or eliminate or even reduce the amount of usage, that’s what we want to do, because not only do we want to keep them safe from all the other issues out there this is a huge health issue,” Pinellas County School Board Chairman Carol Cook said.

The board will not be making any decision today on whether to join in on the suit, but Cook said they are looking at the potential costs and ramifications.

According to the Centers for Disease Control and Prevention (CDC), as of February 4, 2020, a total of 2,758 hospitalized e-cigarette, or vaping, product use-associated lung injury (EVALI) cases or deaths have been reported from all 50 states, the District of Columbia, and two U.S. territories (Puerto Rico and U.S. Virgin Islands). A total of 64 deaths have been confirmed in 28 states and the District of Columbia.

The CDC reports the following: “It is difficult for consumers to know what e-cigarette products contain. For example, some e-cigarettes marketed as containing zero percent nicotine have been found to contain nicotine.”

For children and teens especially, vaping and exposure to e-cigarettes can be life threatening. The CDC has also said that acute nicotine exposure can be toxic, and swallowing, breathing, or absorbing e-cigarette liquid can be poisonous for both children and adults.

JUUL came on the market in 2015 and has been the fastest growing vape company in the US (sales increased by more than 780% between 2017 and 2018). However, recent lawsuits and bans on vaping have hurt JUUL as a whole as the fight against JUUL revolves around the company’s role in the youth vaping “epidemic.” More kids are vaping now than ever, and the blame is being placed on JUUL’s accessibility, concealability, the high levels of nicotine found in JUULpods, and the marketing campaign aimed at teens.

As of February 13, 2020, the newest lawsuit against JUUL lawsuit accuses the company of paying NickJr.com and CartoonNetwork.com to stream advertisements for their vaping product. The argument is that these websites are obviously intended for a young audience, and the advertisements featured youthful and “cool” models that would likely appeal to teenagers. The lawsuit also accuses JUUL of emailing young teens about how they can purchase nicotine products as an underage person.

The lawsuit also accused JUUL of trying to recruit social media celebrities who have a young following to advertise their product. One of the celebrities mentioned is pop-star Miley Cyrus.

The Risks of Juuling – Juul Side Effects:

END_OF_DOCUMENT_TOKEN_TO_BE_REPLACED

Former FDA commissioner Dr. Scott Gottlieb said that Juul, a vaping company that has the largest market share of e-cigarettes, “should be pulled off the market entirely.”

The Trump administration has stalled talks to ban flavored tobacco products as millions of teens within the past few years have become addicted to nicotine.

Though a nationwide flavor ban has been in the works, Gottlieb said the root of the problem isn’t the flavors, but the convenience of cheap nicotine cartridges.

There are 2,506 confirmed hospital cases of lung injury associated with vaping in all 50 states, Washington, D.C., and two U.S. territories, the Centers for Disease Control and Prevention reports as of Dec. 17.

Some progress has been made in uncovering a correlation between vaping and respiratory illnesses. Federal health officials have found vitamin E acetate in the lung fluid of 29 patients diagnosed with the vaping-related illness.

Additional lab tests for 1,782 hospitalized patients have taken place relating to a variety of vape products used. Based on the most recent data as of Dec. 3, the majority of people with the pulmonary illness (EVALI) are young males:

New data from the National Youth Tobacco Survey show that 6.2 million middle school and high school students use tobacco, the highest level since 2000.

Tobacco use among middle schoolers and high schoolers remains high thanks to the popularity of e-cigarettes. Health advocates and some states are blaming misleading advertising, media and inconspicuous vape devices like Juul for enticing kids to try e-cigarettes.

This year, NYTS asked teens why they smoked e-cigarettes. More than half cited their curiosity and almost one-fourth said they tried them because of the flavors.

Vaping has been marketed as a safer option than smoking traditional cigarettes. Many young people have picked up vaping without ever even having touched a cigarette. The sad truth is that vaping is not safe. In fact, vaping can cause severe lung damage.

Regular cigarette smoke contains a cancer-causing mix of 7,000 chemicals. While e-cigarette aerosol has fewer toxic chemicals, it is still filled with dangerous chemicals, including:

The Food and Drug Administration (FDA) issued a warning letter to Juul for illegally marketing its e-cigarettes as less harmful than tobacco cigarettes, and must find a way to correct that violation. The FDA issued the following statement regarding JUUL e-cigarettes: “Regardless of where products like e-cigarettes fall on the continuum of tobacco product risk, the law is clear that, before marketing tobacco products for reduced risk, companies must demonstrate with scientific evidence that their specific product does in fact pose less risk or is less harmful. JUUL has ignored the law, and very concerningly, has made some of these statements in school to our nation’s youth.”

JUUL pods, also known as e-liquid cartridges, come in a variety of flavors like cool mint, crème brulee and fruit medley, and each pod contains about as much nicotine as one pack of cigarettes. JUUL pods also contain a mix of glycerol and propylene glycol, nicotine, benzoic acid, and flavorings.