Reuters is reporting that the families of people killed or injured in crashes involving General Motors cars that had a deadly ignition switch defect will have an extra month to submit claims for payment under GM’s victim compensation program.

Kenneth R. Feinberg, who administers the compensation fund, decided to extend the deadline to Jan. 31 to give more time to families who might not be aware of the program’s existence. 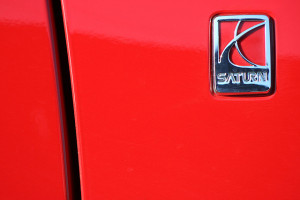 The extension comes just a week after the identity of Jean P. Averill was revealed, an 81-year-old who was killed in a 2003 crash involving a Saturn Ion. Her death was the earliest fatality GM connected with the faulty ignition switch. The family was unaware of the company’s compensation program or that it was eligible to receive a minimum of $1 million from the fund. According to reports, the family said it had never been contacted by the automaker.

Check if your car is on the GM Ignition Switch Recall list:

The compensation program has approved 33 claims so far for families of people killed in GM cars. As of Friday, the program has received 2,105 claims, according to reports. Under the terms of the compensation plan, anyone who was a driver, passenger, pedestrian or occupant of another vehicle and was injured or died in an accident caused by a faulty ignition switch in a GM vehicle is eligible to obtain compensation from the fund. The families of those who were killed in accidents will receive a minimum of $1 million under the compensation program, while those injured will most likely receive less. Those that accept compensation under the GM program must agree to release all claims against GM related to the ignition-switch defect.

The company said in a press release that it decided to extend the deadline in an attempt to “provide comprehensive notice and give each claimant an opportunity to file a claim in a timely manner.”

Anyone hurt by a faulty GM ignition switch regardless of fault of accident, could be eligible to seek financial compensation, and a Florida Personal Injury Lawyer at Whittel & Melton can help you through this process. For more information about your legal options, please call us today at 866-608-5529 or contact us online.