An 18-year-old Jacksonville teen who was paralyzed from the chest down after a tree limb fell on him was awarded $3.5 million by Jacksonville officials, but the teen has only been given $200,000 of the settlement money.

The teen was confined to a wheelchair in 2011 after a tree branch from a city-owned tree fell on him. While the Jacksonville government has agreed to pay the full settlement amount, the Florida legislature will not approve the rest of the payout, according to reports. 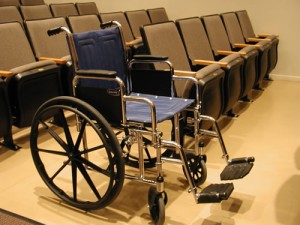 The problem regarding the $3.5 million settlement is that the Florida Senate President Don Gaetz will not hear the teen or any other person’s injury claim bills during his two-year term as president. Gaetz claims that the bill claims system is “broken” and is fueled by emotions rather than merits.

Currently under Florida law, any claim exceeding $200,000 against any government entity must be approved by the state legislature before it is paid out. This includes any money that would be paid by the local government or its insurance carrier.

In order to collect from any claims over $200,000, the injured party must file a claim bill and have it approved by the majority of the Florida legislature. Claim bills allow an individual or entity to be compensated for their injuries or losses caused by the carelessness or negligence of a public officer or agency, even if the government entity is exempt from a lawsuit.

Despite the fact that the teen’s full settlement is currently being blocked by state legislature, another Florida statute could allow the teen to collect more than $200,000 without the legislature’s approval. The catch is that the state or an agency must agree to it.

Different from suing an individual, suing the government requires injury victims to file a notice of claim before proceeding with a lawsuit. Why? This is because governments are usually immune from lawsuits, and therefore cannot be sued without permission.

This immunity often limits the government’s liability for injuries or damages as long as it is found that it exerted reasonable care to counteract damages. In this case, the teen was hit by a large tree branch that fell from a rotting tree owned by the city of Jacksonville. Reports indicate that the tree was not removed until after the teen was injured, even though the city received many complaints from residents about the impending danger.

Reports show that the Jacksonville City Council is working alongside the paralyzed teen and his family to convince the legislature to pass his claim bill.

If you or someone you love has been injured due to the negligence of an individual or entity, please call a Florida Personal Injury Attorney at Whittel & Melton today statewide and toll-free at 866-608-5529 for a free consultation, or contact us online. Your call is free and confidential, and we can begin helping you immediately.