A pastor at New Life Evangelistic Center was hit and killed Wednesday morning by a vehicle who fled the scene.

The man was hit around 7 a.m. as he was crossing the street Crystal Springs Road near Hammond Boulevard. The driver did not stop to check on the man.

Police are asking for the public’s help in identifying the driver of the car that hit the man.

The pastor who was killed was known to take an early morning walk everyday around 6 a.m. and was home by 7:15, according to reports. 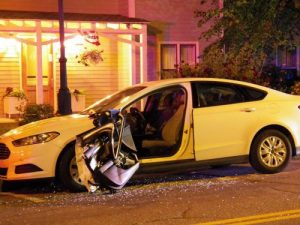 The Jacksonville Sheriff’s Office is currently investigating the hit and run, but has not yet released any information on the suspect or vehicle information.

The pastor’s death does mark the seventh hit and run crash in Duval County this year.

Sadly, no arrests have been made in any of these accidents.

In the previous five years, Duval County has been the site of 55 deaths stemming from hit and run accidents. Even worse, only 13 arrests have been made in these cases, which is only a 23% solve rate.

In the state of Florida, and most states for the matter, drivers are legally required to stop and render aid once they are involved in an accident. Drivers who leave the scene of a crash are labeled “hit and run drivers.”

But, if the at-fault driver flees the crash scene how does a victim recover damages? If the police do manage to catch the at-fault driver then their insurance company could be on the hook for a personal injury or wrongful death lawsuit or settlement claim. The main problem, though, is that most hit and run drivers do not have insurance, which is most likely why they fled the scene to begin with.

While leaving the scene of a crash in Florida does have criminal penalties, liability in hit and run collisions are handled in civil court not criminal. Our firm handles these civil lawsuits regarding personal injury and wrongful death matters.

Compensation in hit and run crashes all depend on your damages and the policy limits that you purchased. The sad truth is that many insurance companies do not play fair when it comes to paying out the terms of their policies, and will attempt to deny, delay, or underpay these claims for hit and run accidents or other types of auto accidents. Your insurance company may refuse your claim altogether, or just try and get you to accept a lowball settlement offer that will not fully cover all of your losses related to the accident.