DADE CITY, FL – State troopers are continuing their search for the driver who left the scene of a crash that killed a pedestrian in Pasco County, WFLA reports.

The Florida Highway Patrol said it is seeking out tips from the public in solving the incident that occurred April 17 along US 301 at about 3:30 a.m.  According to investigators, a driver’s vehicle went off the roadway, hit a traffic sign and then struck a woman who was walking along the grass shoulder of US 301.

The victim, a 49-year-old Dade City woman, suffered fatal injuries and troopers said the driver involved did not stop to help.

END_OF_DOCUMENT_TOKEN_TO_BE_REPLACED

ORANGE COUNTY, FL – A woman was struck and killed by a box truck driver in Orange County on Tuesday reports FOX 35.

Virginia Celli-Olivo, 57, got out of her SUV to rescue a turtle on Curry Ford Road near Sanctuary Point Boulevard. A driver in a box truck struck her and her SUV before speeding away from the scene.

Celli-Olivo was pronounced dead at the scene. A passenger in the SUV, a friend from Venezuela, was taken to an area hospital with minor injuries.

END_OF_DOCUMENT_TOKEN_TO_BE_REPLACED

NEW PORT RICHEY, FL – A person was hospitalized with serious injuries after a hit-and-run on Highway 19 early Monday morning.

According to The Free Press, a pedestrian was hit on Highway 19 south of Floramar Terrance around 3:40 a.m.  The driver fled the scene without stopping.

Crews found the victim in the roadway with life-threatening injuries. They were rushed to an area hospital for treatment.

END_OF_DOCUMENT_TOKEN_TO_BE_REPLACED

KENNETH CITY, FL – A man died after falling off an electric scooter being hit by a pickup north of St. Petersburg late last month.

According to WFLA, the man was riding an electric scooter when they fell onto SR-693. The man was then hit by a pickup truck while lying in the roadway. The driver of the pickup immediately fled the scene.

After receiving an anonymous tip, police were able to locate a white Dodge pickup that had damage consistent with the incident details near a home at 36th Avenue North. However, the suspect is still wanted for fleeing the scene of the accident.

END_OF_DOCUMENT_TOKEN_TO_BE_REPLACED

A pastor at New Life Evangelistic Center was hit and killed Wednesday morning by a vehicle who fled the scene.

The man was hit around 7 a.m. as he was crossing the street Crystal Springs Road near Hammond Boulevard. The driver did not stop to check on the man.

Police are asking for the public’s help in identifying the driver of the car that hit the man.

END_OF_DOCUMENT_TOKEN_TO_BE_REPLACED

Belle Isle interim city manager, Apopka consultant and lobbyist Richard Anderson turned himself in to authorities yesterday after he was charged with a hit-and-run case that hospitalized another driver back in April.

Anderson worked for the city of Apopka, where he stepped down as full-time city administrator in 2014, after Joe Kilsheimer beat longtime incumbent John Land in the mayoral election. However, Anderson took a two-year contract that paid him $22,000 per month as a consultant with Apopka to continue working on several projects for the city.

The Apopka City Council will be looking into his contract status.

According to the FHP, shortly before 1:30 a.m. a 2014 Dodge Ram pickup truck crossed into the opposing lane and slammed head-on into a Toyota Corolla. The driver of the Corolla suffered debilitating injuries and was airlifted to a hospital.

Witnesses told the highway patrol they found the injured driver of the Corolla laying on the ground and another man talking on a cellphone. The second man had left before the FHP arrived. Two of the witnesses later identified Anderson, the owner of the abandoned truck, from photo lineups, according to the arrest warrant affidavit.

Anderson is the former full-time city administrator of Apopka. He had been with the town for 40 years, starting as a paramedic, working himself up to fire chief, and then becoming the city’s chief administrative officer in late 2004. He retired Sept. 17, 2014, and signed the consulting contract, chiefly to work on the city’s city center project.

Drivers fleeing the scene of an auto accident are actually quite common occurrences. Sadly, hit-and-run accidents may leave a victim with serious and life-threatening injuries, and in some cases, death. Injury victims and their families are often left wondering what their rights are, especially if the careless driver has not been identified.

END_OF_DOCUMENT_TOKEN_TO_BE_REPLACED

Belle Isle interim city manager, Apopka consultant and lobbyist Richard Anderson turned himself in to authorities yesterday after he was charged with a hit-and-run case that hospitalized another driver back in April.

END_OF_DOCUMENT_TOKEN_TO_BE_REPLACED

Florida Highway Patrol officials are frustrated with the more than 92,000 hit-and-run crashes investigated last year across the state.

Troopers are hoping to put a stop to these collisions with their annual week-long hit-and-run awareness campaign.

FHP kicked off its annual awareness campaign at a Monday news conference, which highlighted Florida’s hit-and-run laws and how hard families of victims are fighting for closure.

Hit-and-run accidents can have devastating effects on their victims. Unlike other car accidents, hit-and-run collisions present unique challenges. In many cases, the driver and vehicle cannot be located. In other cases, the reason the driver fled the scene to begin with is because they were intoxicated or did not have automobile insurance, leaving the victims unable to recover damages from the responsible parties.

Hit-and-run car accidents require special knowledge of Florida’s Uninsured Motorist Insurance laws, laws regarding bad faith claims denials, as well as insurance bad faith litigation, since it is more than likely that you will be going up against your own uninsured motorist insurance policy. At Whittel & Melton, our Florida Auto Accident Lawyers are familiar with all aspects of Florida hit-and-run claims and we will fight to get you the maximum recovery for your losses.

END_OF_DOCUMENT_TOKEN_TO_BE_REPLACED

According to Clay County deputies, a motorcyclist who was speeding in a Fleming Island neighborhood when he struck and killed a skateboarder last August, turned himself in Thursday morning.

The Clay County Sheriff’s Office claims that the 27-year-old was riding his motorcycle under the influence and going over 70 mph in a 30mph zone early the morning of Aug. 2 when he struck and killed the 23-year-old man on Bald Eagle Road.

The man was pronounced dead at the scene.

The biker was airlifted to UF Health Jacksonville, where he recovered. 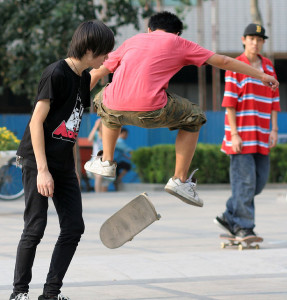 According to the Florida Highway Patrol, the man’s blood test indicated his blood-alcohol was 0.089 and 0.091, which is above the state limit.

The man’s driving record includes 27 citations, four for speeding, three for careless driving and two for reckless driving. He was also arrested once before for DUI.

The man apparently surrendered to deputies at the Sheriff’s Office on charges of vehicular homicide and DUI manslaughter. He posted $15,006 bond and is currently out of jail.

An impaired motorcyclist is a very dangerous combination. Motorists who operate vehicles under the influence of drugs or alcohol are at a severe disadvantage as these can hinder one’s ability to perform functions normally. Motorcyclists under the influence of drugs or alcohol have slower reaction times, may experience difficulty focusing on the roads as well as have trouble balancing, all of which can significantly increase the likelihood of a motor vehicle collision.

END_OF_DOCUMENT_TOKEN_TO_BE_REPLACED

A hit-and-run crash in Stuart on Monday that left a motorcyclist hospitalized is the result of a texting driver, according to police.

The suspect, a 29-year-old man, was texting while driving when he struck the motorcyclist and fled the scene.

A citizen driving near the intersection of Indian Road and Willoughby Boulevard in Stuart on Monday reported the incident to police when he noticed the man hit the biker and failed to stop. 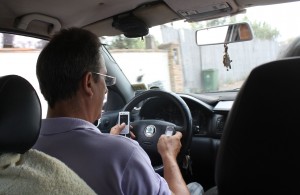 The 911 operator confirmed the location of the citizen and police arrived a short time later and arrested the man. According to Martin County police, the man admitted that he was texting while driving and thought he had killed the motorcyclist.

The suspect was arrested and faces several charges. The victim, whose identity has not yet been released, is still recovering in the hospital.

This is the county’s first texting-and-driving case, according to reports.

Texting has become a very popular means of communication between friends and family. However, texting while driving is not only dangerous to other drivers, but to everyone else sharing the roadway. There are a growing number of auto accidents in Florida and throughout the United States that are caused by texting drivers. If you were involved in a car accident that was caused by a driver who was texting or talking on a cell phone, it is in your best interest to speak with an injury lawyer who can help you proceed with a personal injury lawsuit. A Florida Auto Accident Injury Lawyer can advise you of your rights as a victim and help you file a claim to recover damages for your injuries.

There are many expenses that are involved in a Florida car accident. The at-fault driver whose negligence caused your injuries should be held responsible for your suffering. By filing a personal injury claim you can get the money you need to pay for: