The President of the University of South Florida, Steven Currall, along with other school officials, have launched an investigation into alleged sexual assaults that took place on campus involving both former and current students.

There have been numerous women recounting stories of sexual assault amongst the Greek community on the USF campus. The allegations have all come after a former student took to her Twitter account recently to tell her story. 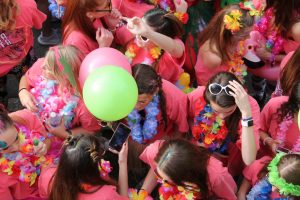 The 23-year-old said she was attacked in 2017 by a friend and member of the Sigma Nu fraternity. She said she was taken advantage of after a night of partying led to her having too much to drink.

The woman says she did make an attempt to report her attack, but was shut down by her own Tri Delta sorority members who did not believe her. She also said the report made to her sorority president did nothing.

A campus police public information officer was asked about the case, and he said there was no formal complaint filed, therefore there has not been any investigation into the allegations. The officer also said that a complaint must come from the actual victim and not a third party. The officer also went on to say that they take sexual assaults very seriously and thoroughly investigate these claims, and if it is found charges are warranted, they will refer the case to the Hillsborough County State’s Attorney Office for arrests to be made.

Those that have been the victims of sexual assault on the USF campus are strongly encouraged to report the crime to campus police. They can also make a Title IX report through the Office of Diversity, Inclusion and Equal Opportunity.

According to a spokesman for USF, the campus does have a wide array of advocacy services for victims, such as the confidential Center for Victim Advocacy and the USF Counseling Center. The campus works to raise awareness and prevent sexually violent crimes through educational and training programs for students, faculty, and staff.

In June, a Twitter account was created that shared the stories of several women who have made claims they were victims of sexul assault by other students. Some of the women have even said they were sexually assaulted by the same Sigma Nu fraternity member.

These allegations have started a petition seeking USF’s Sigma Nu Fraternity to be suspended from campus.

Another online petition has formed to put a freeze on sorority and fraternity recruitment until there are better protocols in place to keep members safe.

If you have been a victim of a sexual assault on a Florida campus, our Florida Sexual Assault Victim Attorneys at Whittel & Melton are here to help you. We can make sure you are aware of all of your legal options and make sure you get the help you need.

The rape crisis center in Hillsborough County is called The Crisis Center’s Sexual Assault Services and they can provide you free rape kits, counseling, advice, and more. You can reach them 24/7 by dialing 2-1-1 or call them locally at (813) 264-9961.