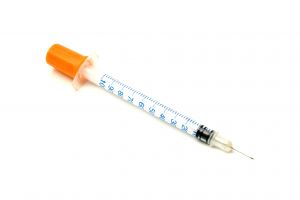 The Florida Department of Health reported a third death Wednesday that has been linked to fungal meningitis.

According to Florida Surgeon General and Secretary of Health Dr. John Armstrong, the 78-year-old man died earlier this week. He was the 13th confirmed case of fungal meningitis in the state – 10 in Marion County and three in Escambia County. All three deaths have been in Marion County.

Armstrong believes the man received an injection of the tainted steroid methylprednisolone acetate on Aug. 28 and began reporting symptoms on Oct. 6. He was given an injection of the contaminated pain medication at the Marion Pain Management Center in Ocala.

The average age of affected patients in Florida is 72. The average incubation period from the time of injection to the onset of symptoms is 23 days, according to Armstrong.

The owner of the Florida Pain Management Clinic is apparently disagreeing that his patient died of fungal meningitis.

The Surgery Center of Ocala also received and injected doses of the possibly tainted medication.

The three clinics administered an estimated 500 shots of the contaminated steroid. Some patients likely received more than one injection.

Eight Florida medical facilities received the contaminated medications. Of those eight facilities, six injected doses into 1,038 patients. Only 11 patients remain on the list to be contacted and notified of the health risks.

The tainted steroid was manufactured by the New England Compounding Center in Massachusetts. Currently, it is believed that as many as 17,000 vials of the steroid were shipped to 23 states and injected into at least 14,000 people.

More than 140 people that received a shot of the contaminated steroid have gone to local hospitals for treatment. Of those, 16 remain hospitalized.

According to the Centers for Disease Control and Prevention, as of now, there are 247 confirmed cases of fungal meningitis in 15 states. The latest death in Ocala brings the total number of deaths to 19 in six states as of Wednesday.

The nationwide fungal meningitis outbreak can be linked back to steroid medications made and distributed by the New England Compounding Center (NECC). The CDC and U.S. Food and Drug Administration have located the states and individual facilities that received shipments of the potentially tainted injections, and urge patients who received injections from May 21 through September 26, 2012 to see their physician immediately.

In Marion County, three facilities administered injections from the contaminated lots of medication:

The following batches of medication made and distributed by the NECC have been recalled:

If you received an injection of the tainted pain medication from a facility in Ocala – which was administered in the spine for back pain, it is vital that you understand the symptoms related to fungal meningitis. Fungal meningitis is not contagious, but can be lethal if left untreated. Symptoms can be slow to develop, but are usually apparent between one to four weeks after the injection. Symptoms include:

The Ocala Meningitis Outbreak Lawyers are currently investigating claims for affected patients in Marion County. If you or someone you love has suffered after receiving an injection of the recalled steroid from the NECC, you may be eligible to recover monetary compensation for the harm caused. We encourage you to contact us online or call us at 352-369-5334 to learn about your legal rights and the legal options available to you. Your initial consultation is free and you will pay no legal fees unless you receive compensation for your claim.