Changes to Title IX laws are slated to go into effect August 14 that are binding for K-12 and post-secondary institutions.

The revision, which is 2,033 pages, no longer requires college coaches and other staff members to report any cases of sexual abuse or harassment to the Title IX office. 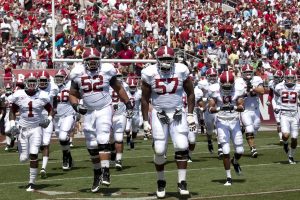 The new regulations also give schools the choice of what standard of proof they wish to follow and award more protections to those accused. Our Sex Assault Victims Attorneys at Whittel & Melton have outlined everything you need to know to understand the new changes.

Under the current Title IX laws, college coaches and other staff members are mandated to report any findings of sexual assault or sexual discrimination to the Title IX office or any other appropriate channels. This is what has contributed to so many schools being found liable in numerous high-profile sex crimes cases. A recent case involving Michigan State resulted in the school being fined $4.5 million for failing to handle sex assault allegations appropriately against Larry Nassar, a former sports medicine physician for Michigan State University.

These new changes are being implemented for the sheer sake of protecting the victim, according to Betsy DeVos, the Secretary of Education and other government officials. The government believes that many sex crimes victims might wish to keep quiet about their sexual assault incident. The new regulations support a student’s right to not share their personal information or wish to have a formal investigation launched.

Employees of K-12 schools are required to report any allegations of sexual assault when minors are involved and they must investigate once a formal complaint is filed.

Title IX revisions may not keep coaches and other staff members from reporting any allegations of sexual abuse. NCAA and the U.S. Center for SafeSport mandate that all coaches, administrators, all other athletics staff, and student athletes report any suspected crimes of sexual violence to campus police or appropriate campus  offices for further investigation. The NCAA recently added on a new policy requiring any sexual acts of violence that resulted in investigation or a criminal conviction to be added into an annual report. This is their effort to address violent sex crimes and keep student athletes from transferring to a different school without them being aware of the transgression.

With that said, despite the new Title IX revision, colleges and universities very well may still require coaches and athletic staff members to still report any allegations of sexual abuse. Schools can adopt their own reporting policies.

Unde the new Title IX revisions, schools are now only required to report alleged incidents that happen on campus or during off campus school events, such as a fraternity or sorority event or even a football or basketball away game at another campus. This excludes any students studying abroad as well as any students that are the victims of sex crimes in off campus apartments or houses.

All allegation of sexual abuse, harassment or assault will require the school to have a live hearing that is quite similar to legal proceedings in criminal court. Cross examinations will be allowed, but students will not be permitted to question one another.

The new Title IX rules state that college and universities can choose what standard of proof they want to follow:

It is actually quite common for sexual assaults to happen on college campuses. Often, these cases involve students, athletes, and coaches or team doctors. Doctors, coaches, and other administrative staff are in positions of power and trust, and they can use their authority to take advantage of young adults or even underage minors.

If you or a loved one has been the victim of a sexual assault on a college or university campus, our Florida Sex Assualt Victims Lawyers at Whittel & Melton can fight to get you the justice you deserve. We are quite familiar with the laws and rules that govern various organizations, including Safesport’s and the NCAA regulations. We can help you understand what steps to take next to hold your abuser accountable and recover financial compensation for your suffering.