A Jacksonville area woman has filed a lawsuit against Disney Parks and Resorts, claiming  she has a permanent disability after she fell from a carousel horse at Walt Disney World in September 2013.

The lawsuit states that Disney was negligent.

According to the lawsuit, “Disney changed the design of the stirrup that had been in use on the Carousel for many years, in favor of another model, which provided less tread traction, without anti-slip resistant features and therefore was slippery and dangerous to patrons.”

The suit has been filed in Orange County Circuit Court. It also also states that Disney “failed to warn its invitees … of the dangerous condition.” 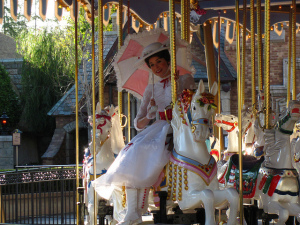 A Disney spokesman issued this statement: “We believe the lawsuit is without merit and we will respond to it in court.”

Disney has publicly appeared to place a strong emphasis on safety at its parks through various publications such as its “Report on Safety” and on its website.

According to the report, the company takes “pride in everything we do to promote safety at our properties – from the Imagineers who apply advanced safety technologies to our attractions to the Security Cast Members who patrol our properties in vehicles, on bicycles and on foot 24 hours a day.”

The lawsuit alleges that the woman hit her head on the ground after falling from a carousel horse and suffered brain damage.

Numerous factors can cause an amusement park injury. The most common reason these types of injuries occur is because an individual falls off of a ride. In fact, a study published in Clinical Pediatrics shows that individuals falling off of rides at amusement parks makes up 31.7 percent of all amusement park injuries. The second most common injury is riders striking their arms or other body parts against a wall or part of the ride. Injuries to body parts accounts for nearly 20 percent of all injuries. Other causes of injuries at amusement parks include clothing getting caught in a ride, injuries when boarding or exiting a ride and individuals being hit by a ride.

If you or someone you care for has been injured at a fair, carnival, amusement park or any other type of attraction in Florida, a Florida Amusement Park Injury Lawyer at Whittel & Melton can help you understand your legal options. Call us today at 866-608-5529 or contact us online for a free consultation.