A 20-year-old Seminole woman visiting Busch Gardens was hit by a stray bullet fired into the air during New Year’s Eve celebrations Wednesday night, according to police.

According to Tampa police, the woman was sitting in the Gwazi Pavilion area around 11:50 p.m. when she felt pain in her lower left leg. Busch Gardens Medical Services assisted the woman and transported her to St. Joseph’s Hospital.

X-rays showed a bullet lodged in her leg, according to reports. No other injuries were reported at the theme park. 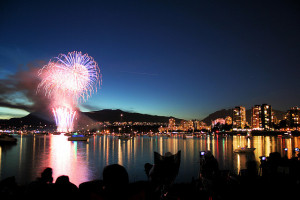 A Busch Gardens spokesman said it appears the gunfire came from off the premises.

The incident just reiterates how dangerous firing weapons into the air can be.

In 2012, a stray bullet came down and pierced the skull of a 12-year-old boy as he watched fireworks outside his family’s home in Ruskin. The bullet traced diagonally through his brain, leaving him comatose for several days.

Many people celebrate New Year’s Eve by firing guns into the air. However, what these people fail to realize is that this can cause serious injury or death. When bullets are fired into the air, they fall with great force, creating an impact substantial enough to cause serious injury and even death. The risk of fatality is usually far greater than for gunshot injury victims due to the fact that victims are usually struck in the head. Head injuries like these can mean loss of cognitive abilities, sensation and movement. Traumatic brain injuries from gunshot wounds often entail a lifetime of rehabilitation and medical bills.

If you were injured by a falling bullet, a stray gunshot, or anything else, a Florida Personal Injury Lawyer at Whittel & Melton can help you fully recover for your losses. Regardless of what type of injury you have sustained, we want to help you obtain full amount of compensation you deserve. Call us today at 866-608-5529 or contact us online to schedule your free consultation so that we can assist you with getting your life back on track.