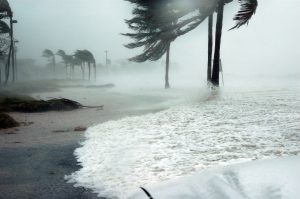 Monday started the Atlantic Hurricane Season, and now with the coronavirus pandemic still lingering, preparing for this season might be a bit different than previous years.

And with hurricane season raping up again, the threat of another strong hurricane lingers.

END_OF_DOCUMENT_TOKEN_TO_BE_REPLACED

A Pembroke Pines homeowner is suing an insurance company, alleging breach of contract.

The man filed a complaint March 23 in Broward Circuit Court against Universal Property and Casualty Insurance Company, alleging failure to provide coverage after a hurricane.

According to the complaint, on Sept. 10, 2017, the man sustained damaged property and repair costs when his property was substantially damaged by Hurricane Irma while his insurance policy was in full force and effect. However, the suit says, despite the man’s efforts to perform all obligations to recover under the policy, Universal Property has refused to provide coverage for his claim.

The man claims that Universal Property and Casualty Insurance has refused to pay to replace and/or repair the full amount of damage to his dwelling, and forced him to retain and pay for an attorney’s services in bringing legal action.

Hurricane Irma was the largest storm to hit Florida since Hurricane Andrew in 1992. With mandatory evacuations and 185 mph winds, the aftermath of this storm left many homes and properties destroyed. Our Florida Hurricane Insurance Attorneys at Whittel & Melton know that even if you have homeowners insurance and did everything in your power to protect your home, insurance companies may still refuse to payout for damages. We can protect your interests when insurers refuse to pay valid claims.

Most homeowners insurance policies require that you give notice to the insurance carrier immediately after the damage occurs. If you wait too long to contact your insurance company, they could deny your claim because of your failure to act promptly.

END_OF_DOCUMENT_TOKEN_TO_BE_REPLACED

An Orlando property owner is suing an insurance company, alleging breach of contract.

The property owner filed a complaint Feb. 2 in the Orange County Circuit Court against Florida Specialty Insurance Company, alleging failure to pay for damage caused by a hurricane.

According to the complaint, on Sept. 11, 2017, while the Orlando property was insured under a homeowners insurance policy, it sustained a covered loss due to Hurricane Irma. However, the suit says Florida Specialty has refused to provide coverage.

Our Florida Hurricane Claims Lawyers at Whittel & Melton represent homeowners and businesses in hurricane damage claims in Orlando and the surrounding areas. We know how hard it can be to get your insurance company to cooperate following a hurricane or storm damage claim. We can help you recover what is rightfully owed to you, according to the terms of your policy agreement.

END_OF_DOCUMENT_TOKEN_TO_BE_REPLACED

A Stuart couple was hospitalized this week after suffering carbon monoxide poisoning while running a generator in their home, according to the Martin County Health Department.

The couple was brought to a hospital Tuesday after complaining of shortness of breath and chest pain. They remain in the hospital, the health department said.

As of Thursday afternoon, 16,740 customers in Martin County were still without power because of Hurricane Irma, according to the Florida Power & Light website.

In Palm Beach County, 156,150 customers were still without power.

Our Florida Injury Lawyers at Whittel & Melton strongly urge you to read through the operating manual before you operate a generator so that you fully understand how the machine works. You can avoid injury by always following the manufacturer’s guidelines and keeping the following safety tips in mind:

END_OF_DOCUMENT_TOKEN_TO_BE_REPLACED

Residents living on Hutchinson Island, Jupiter Island and Sewall’s Point should expect to be evacuated. As of now, Martin County remains under a voluntary evacuation order, which is part of the state of emergency

After the devastating effects of a Florida hurricane, you will likely face costly repairs and rebuilding work. You may also need to replace your possessions or automobiles, and you could be without a job if your workplace suffered damage. Worse than that, you may be without a place to live in Florida or basic necessities for the days and weeks to come.

With that said, you may be left questioning what you should do next.

Our Martin County Hurricane Claim Attorneys at Whittel & Melton understand the terror you’ve been through, and the loss that goes with hurricanes. We know firsthand how vital it is that you receive the compensation you deserve from your insurance company so that you can start to rebuild your life.

Our goal is to protect you from the insurance company’s habit of protecting their own bottom line. We will aggressively fight for your interests so that you can rebuild after the destruction wrought by Hurricane Irma.

Whether you are a home or business owner located near the Treasure Coast, you understand the risks, but it doesn’t mean you have to settle for less than your insurance policy guarantees should your property be damaged by Hurricane Irma. We stand ready to help you deal with your insurance company, so that you can focus on your life, your home, and your loved ones.

END_OF_DOCUMENT_TOKEN_TO_BE_REPLACED

It’s looking like residents can expect Hurricane Irma to be a category 3 to category 4 storm by the time it reaches Okeechobee County.

Currently, the Okeechobee County Emergency Management team is telling residents that they recommend a voluntary evacuation to low lying areas and areas prone to flooding.

Claims to insurance companies should be answered promptly and policyholders should be fully compensated under the policy terms. Sounds easy enough, right? Sadly, many home and business owners will not have an easy time getting fair settlements for their claims after Hurricane Irma blows through.

Our Okeechobee County Hurricane Claim Attorneys at Whittel & Melton are prepared to help you go to battle against your insurance company, negotiating for maximum legal compensation for Hurricane Irma claims based on:

END_OF_DOCUMENT_TOKEN_TO_BE_REPLACED

The time to prepare is now, before any storms make it to Florida. The last thing you want is to be caught off guard- this could be a deadly mistake.

Many people facing tropical storms and hurricanes last year in Florida, wish they had been more prepared, and for good reason. This is why President Trump hopes people get prepared right now during Hurricane Preparedness Week.

Our Florida Hurricane & Storm Damage Lawyers at Whittel & Melton would like to recap the 2016 hurricane season. We started with a rare January hurricane, Alex, and ended with Hurricane Otto which made landfall in Nicaragua on November 24. This year was an above-average season. There were 15 named storms and 7 hurricanes. There were 3 major hurricanes: Gaston, Matthew and Nicole. Category 5 Matthew was the strongest one.

END_OF_DOCUMENT_TOKEN_TO_BE_REPLACED

Today is the last day of hurricane season, so we thought we would recap this year’s stats.

The 2016 season started with a rare January hurricane, Alex, and ended with Hurricane Otto which made landfall in Nicaragua on November 24.

This year was an above-average season. There were 15 named storms and 7 hurricanes. There were 3 major hurricanes: Gaston, Matthew and Nicole. Category 5 Matthew was the strongest one.

Tampa Bay was impacted by Tropical Storm Colin in the first week of June. While it stayed out in the Gulf of Mexico, the area saw rough surf, some coastal flooding and strong winds. Clearwater Beach reported a wind gust to 49 mph.

Tropical Storm Julia formed near Jacksonville on September 13, and was an unusual storm since it formed over land, not over water.

Then there was Hurricane Matthew. As it moved toward the east coast of Florida, close to 2 million people in were ordered to evacuate. Although the center of Matthew stayed just offshore, there was a wind gust of 107 mph on the tip of Cape Canaveral on the morning of October 7. Fernandina Beach in Nassau County reported a peak water level of 6.91 feet. This ranks as the third highest water level recorded there, above Hurricanes Dora and Jeanne. There was also more than 8 inches of rain in some areas.

END_OF_DOCUMENT_TOKEN_TO_BE_REPLACED

Gov. Rick Scott on Monday signed an executive order declaring a state of emergency for all of Florida as Hurricane Matthew threatened to wreak havoc on the East Coast later in the week.

Hurricane Matthew was southeast of Jamaica on Monday but was predicted to head north and likely produce “devastating impacts from storm surge, extreme winds, heavy rains, flash floods, and/or mudslides in portions of the watch and warning areas in Haiti, Cuba, and the Bahamas,” the National Hurricane Center said in an advisory.

While the path remains unclear as the storm goes further north, the Hurricane Center said direct hurricane impacts are possible in Florida later in the week.

Our Florida Hurricane & Storm Damage Lawyers at Whittel & Melton want you to be prepared for Hurricane Matthew. We urge you to read through the following and make sure you and your family are properly outfitted with supplies in case of an emergency.

Have a 3-7 day supply of each item for every person in your home:

Purchase foods that require no refrigeration and little preparation, such as:

END_OF_DOCUMENT_TOKEN_TO_BE_REPLACED

The final report on Hurricane Hermine is in. Heavy rainfall caused more flooding and strong winds brought down trees and powerlines.

Here are the final numbers:

If your home was damaged by Hermine: