A new report on bicycle fatalities due to car accidents on U.S. roads shows that the bulk of these fatal accidents occur in just a handful of states. 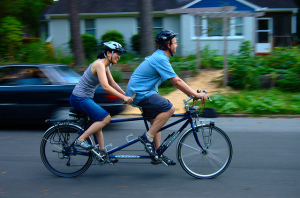 According to 2012 figures, the top 10 states that saw the highest number of bicyclists killed in motor vehicle accidents are listed below:

Moreover, the report also noted that more than half, or 54 percent, of U.S. bicycle fatalities over the period of 2010 to 2012 happened in just six states: California, Florida, Illinois, New York, Michigan and Texas.

Florida is known for its beautiful year-round climate, making it one of the best states in the United States for bicycling. While fun, bicycling can also be dangerous, as this report shows. If you have been injured in a bike accident because of another person’s carelessness, recklessness or negligence, please call a Florida Injury & Wrongful Death Lawyer at Whittel & Melton today at 866-608-5529 or use our online form to request a free consultation. We have offices located throughout the state of Florida and always provide injury victims with a free, no-obligation consultation.